Many of us have railed against the bloated mess that iTunes has become as Apple has shoehorned everything from podcasts to ebooks to movies into an app that was originally designed to simply organize and play songs.

Apple has finally begun stripping things out, moving ebooks to itsÂ own appÂ (iBooks). In iTunes 12.7, they removed iOS apps, which wouldn’t be so bad except they’ve entirely eliminated a way to manage iOS apps on your Mac.

In fact, most of the changes in iTunes 12.7 revolve around features Apple removed, including ringtone management and iTunes U. But the kicker is the removal of the iOS App Store and support for app syncing. This means you wonâ€™t be able to click a link on a Web site on your Mac to download an iOS app to iTunes, nor will you be able to use iTunes to choose which apps are on your iOS device. You canâ€™t even customize Home screen layouts from within iTunes. All those tasks must now be done on your iOS device. You can still back up your iOS devices to iTunesâ€”but if you have to restore, your apps will be downloaded from the App Store.

This is decidedly not what most of us were advocating when we said we wanted iTunes improved, but there it is. 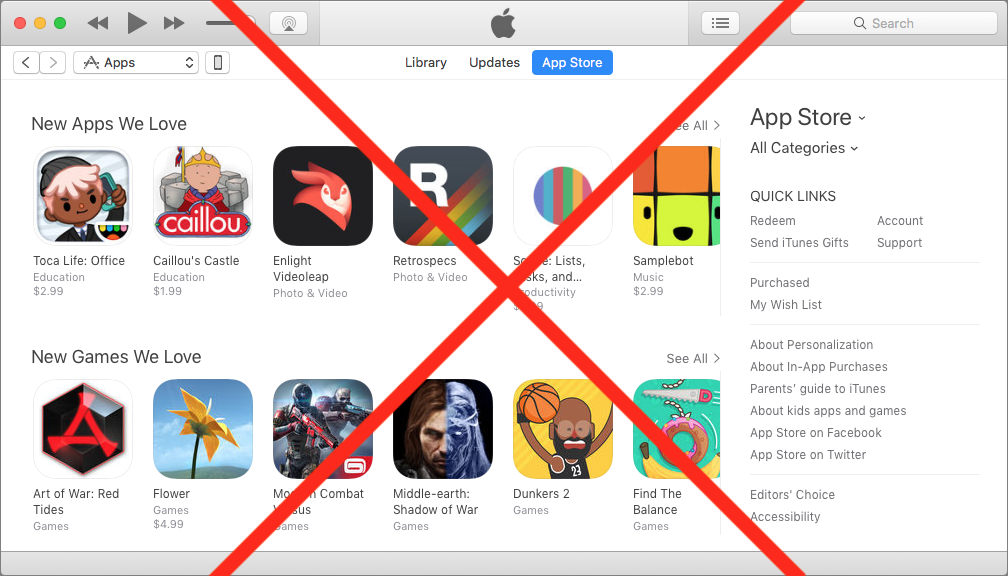