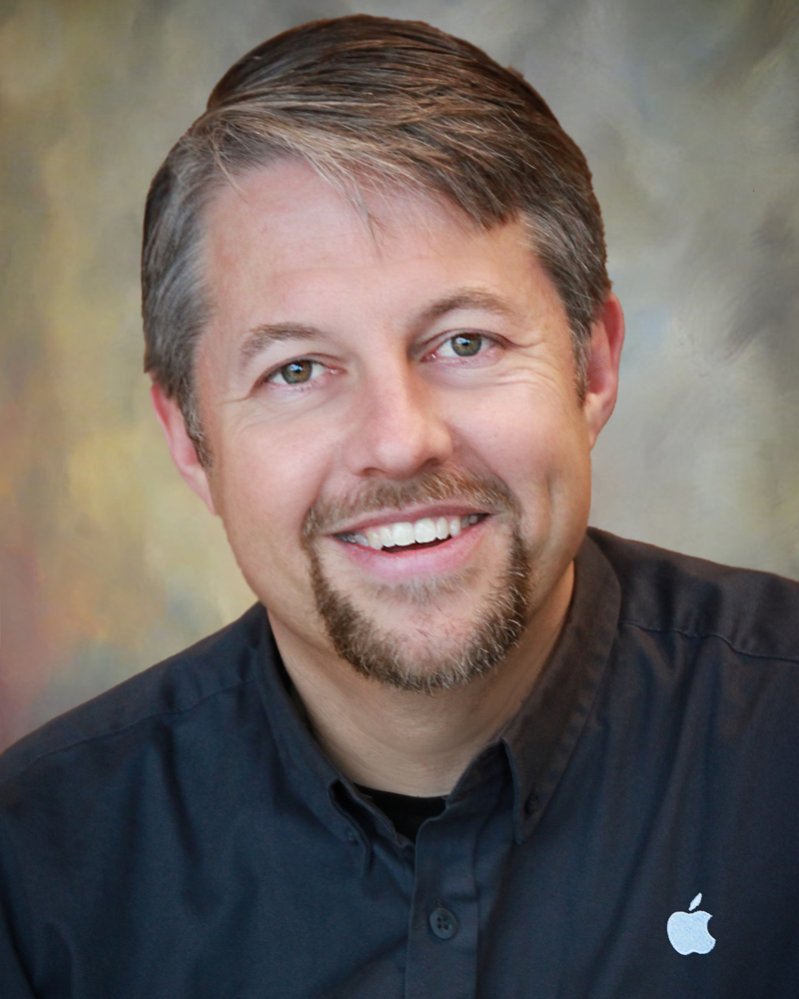 I am passionate about helping individuals and small businesses with their Apple technology. My goal is to establish long-term relationships with the people we support. Clients love me because I worry about technology so they don’t have to. I can provide this same peace of mind for you. 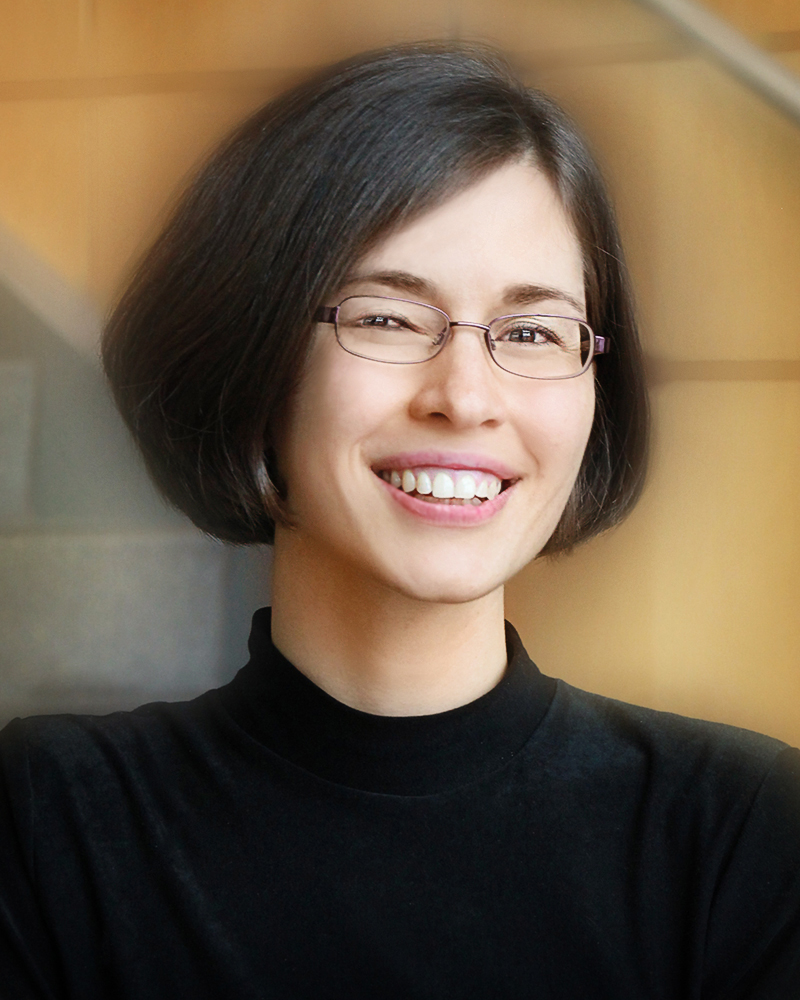 I love to work hard and help our clients with their Apple technology. I jump at the chance to learn new applications and enjoy teaching others what I know regarding technology. I love getting to know our clients and providing support for their Apple related endeavors. I am an Apple Certified Support Professional and have a Cisco CCENT network certification. 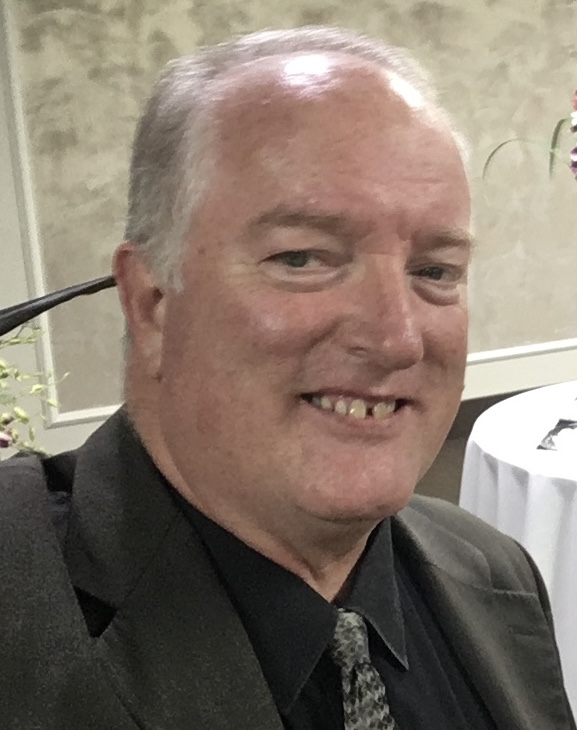 I genuinely enjoy helping people get the most out of their Apple technology. I am a problem solver who loves to share my knowledge and experience with Apple products. My goal is to help you enjoy using your Apple products and not have to worry about it when things go wrong. I am an Apple Certified Macintosh Technician and Apple Technical Specialist. 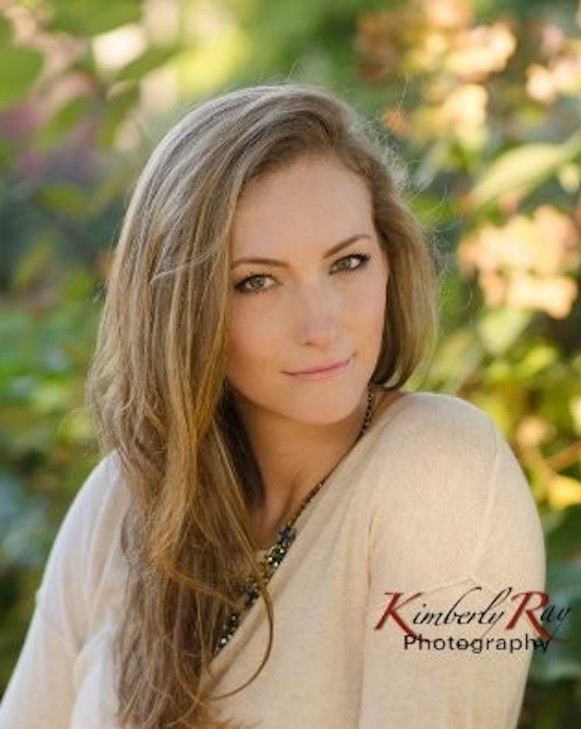 I love building relationships with clients. I create a warm transition between our clients and our technicians. I am responsible for client contact, scheduling, and administration. I will answer any questions you may have or lead you in the right direction. I can help.

I am responsible for any company special projects. This may include sales, marketing and client relations initiatives, as well as our social media, advertising, and quality assurance programs. 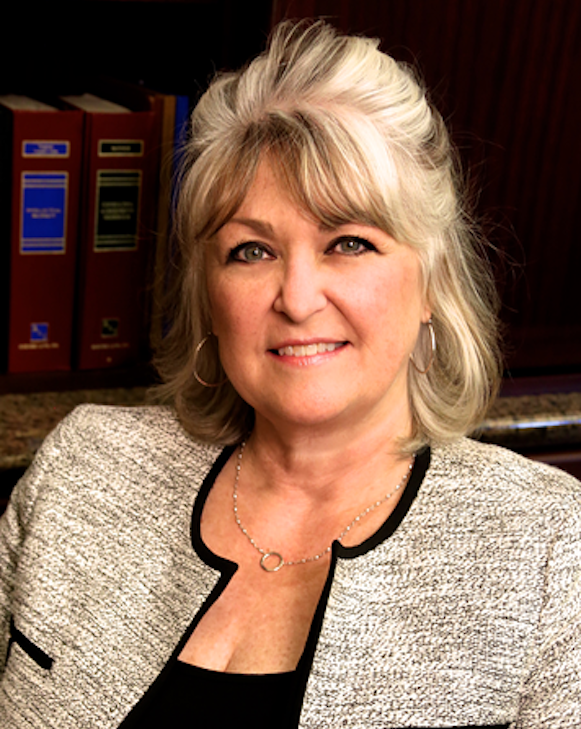 Working with the MacAtoZ team is a pleasure! My responsibilities include billing and accounts receivable, as well as various administrative projects. My goal is to support the team, so they can better serve our clients. 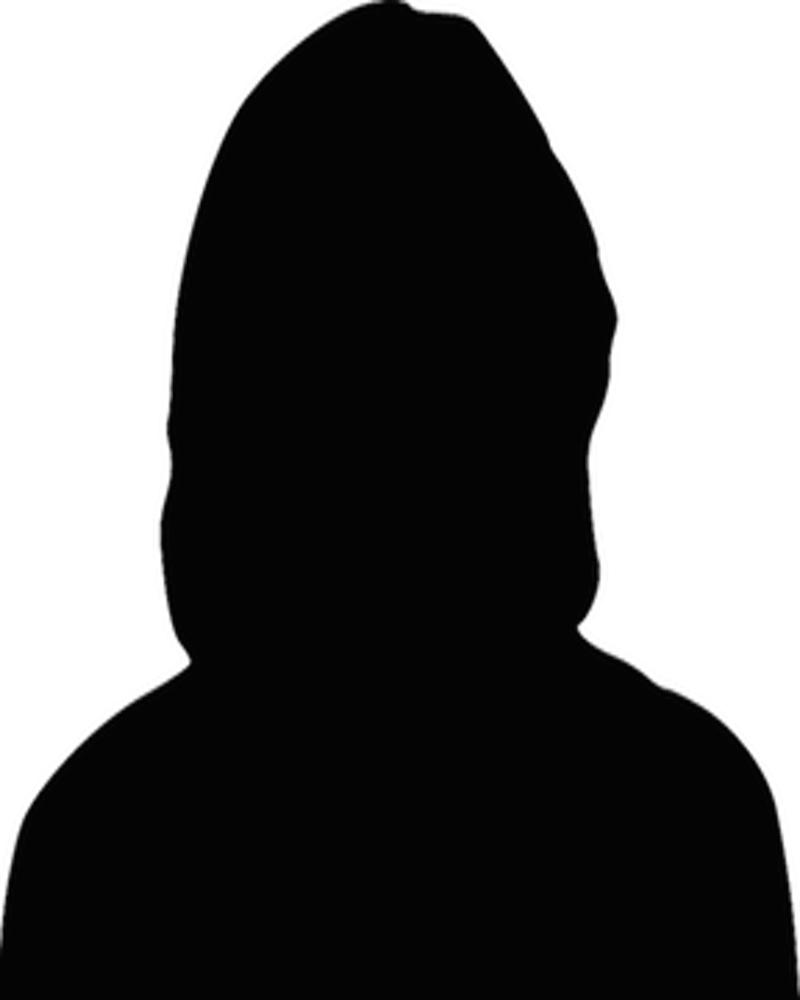 Member of the MacAtoZ team

We’re always on the lookout for people with whom we want to work. If you derive great joy and meaning by helping people and have a passion for Apple technology, feel free to send us your resumé and cover letter.

We help people with Apple technology.

At its core, our Mission is three words: We help people. Our expertise lies in Apple-related technology, so that’s where we can most readily improve people’s lives. That said, “with Apple technology” is not meant as a hard limit. If we can help people in other ways, we will.

We stand in opposition to people suffering because of their technology. That is the problem we’re trying to solve for our clients and is, in large measure, why MacAtoZ exists.

The values highlighted here are a touchstone for who we endeavor to be and ultimately, form the basis of our company culture. They are intended as a guide and a reminder to us to be our best selves, to remember who we are, and to illuminate who we are capable of being.

3. Default to transparency and clarity

4. Have a focus on self-improvement

10. Live the life you wish to live

Ty Davison founded MacAtoZ LLC in 2006. Much of the early client base of the company was centered around assisting the members of the Salem Macintosh User Group (aka SMUG). Frequent presentations to the group and the positive word of mouth that followed generated an increasing number of referrals for the company. MacAtoZ’s major business client was Tom Cederlind, a numismatics dealer in Portland, and a holdover from Ty’s previous company, SiteRev.com, a web site design firm.

In 2008, MacAtoZ launched the MacAtoZ Service Suite (MSS), a multi-tiered remote support program. This allowed us to dramatically expand our geographic reach as well as to frequently serve clients more quickly and efficiently.

In 2012, MacAtoZ hired its first employee, Brittany Stenger, as a part-time office manager and social media expert. MacAtoZ also moved out of its long-standing home office into a condo at in South Salem. CallRuby, a receptionist service in Portland, Oregon was engaged to provide live business hour reception for clients.

In October 2013 MacAtoZ moved into Suite 307E of the Chemeketa Center of Business & Industry (CCBI) at 626 High Street NE, Salem, OR 97302 and engaged Scott Sadler to act as a business consultant for the company as part of Ty’s participation in Chemeketa’s Small Business Management program (and later the Strategic Business Management program). On the basis of Scott’s advice, achieving and maintaining employee work/life balance became a cornerstone of the company.

In early 2014, MacAtoZ made its initial foray into Managed Services. It was also during this time that MacAtoZ contracted Cascade Balanced Books for financial support, with Kim Overfield being primarily responsible for bookkeeping.

In February 2015, Dynée Medlock was hired as an Apple Technician and Web Designer. In April 2015, we launched Sentinel and Sentinel+, our managed services offerings designed specifically for residential clients. In May, we consolidated MSS Tier 3 into Tier 2 and rebranded MSS as Remote Support and Remote Support+ (formerly MSS Tiers 1 and 2, respectively).

On 30 July 2015, MacAtoZ moved from their office at CCBI into their new office at 2590 12th Place SE, Salem, OR 97302. At over 1000 square feet, the new building has a large central office, conference room, bathroom and kitchen as well as a rest area and a 400 square foot garage area for expansion.

In January 2016 MacAtoZ folded all Remote Support programs and features in Sentinel and Sentinel+. In 2017, Stephanie Meagher came onboard as the Office Operations Manager in order to provide Office Management, Bookkeeping, Technical Support, Organizational Development, and Human Resources support.

Over the course of 2017 and 2018 Stephanie was promoted to Office Operations Manager and completely revamped and codified the company’s policies and procedures. Dynee passed both the macOS 10.12 Sierra and macOS 10.13 High Sierra ACSP tests and a Cisco networking certification. On this basis and reflecting the increasing nature of her work, she dropped the web designer title and added Network Specialist.

Stephanie left the Company in January 2019 to pursue a Human Resources career in Portland, Oregon. During this time Brittany expanded her role in Client Relations to cover the client-facing functions previously handed by the Office Operations Manager. In the latter part of the year, the Company added Smith.ai as a virtual receptionists to answer most incoming calls and reporting to Brittany directly. Karen Zager of Buzy Bee joined the company to handle all day-to-day accounting functions as well as to act as a “Jill of All Trades” problem-solver.

The coronavirus pandemic of 2020 prompted the company to warn clients early on about the danger, and MacAtoZ moved a remote only status in early March. The Company offered a variety of free services to clients (grocery delivery, email troubleshooting, video conferencing software setup) to keep clients connected during this difficult time.

In July 2020, MacAtoZ introduced Sentinel Ultra and Sentinel AM. The former product used DNS filtering to (1) protect clients from malicious websites; (2) allow for content filtering; (3) prevent phishing attacks; and (4) provide high speed DNS to speed website loading. Sentinel AM (“anti-malware”) was introduced as a “probably unnecessary” add-on for Sentinel+ or Sentinel Ultra users. In September, the Company hired Abby Carter as Administrative Assistant and Brittany Stenger reduced her role with company to focus on motherhood. Brittany remains active as Special Projects Coordinator. Abby was promoted to Client Relations Manager in 2021.

We are a growing company and always looking for top-tier talent. While different positions will obviously have different specific needs, every position within our company requires:

If the above describes you, you’re the type of person we’d be interested in having on our team. Any open positions will be listed below. Even if we’re not currently hiring, if you’re interested in working for the premiere Apple consultancy in Oregon’s mid-Willamette Valley, we encourage you to send us your resumé and a cover letter.

We are proud to offer the following benefits to our permanent employees:

Top of salary scale
We monitor industry salaries annually and endeavor to pay at the top of the salary scale, based on skills and experience, for the work our employees do for us.

Scheduling flexibility
With some exceptions, employees are in charge of their own schedule so that they can achieve the work/life balance that works best for them. Yes, this is every bit as awesome as it sounds.

Paid Time Off (PTO)
Though MacAtoZ is not legally required to do so, we offer Paid Time Off. Employees accrue 1 hour of PTO for every 30 hours worked. This time can be used for holidays, sick days, vacation, or any other purpose at the discretion of the employee.

Injury/Illness
Employees are encouraged to use common sense in determining their fitness for work. We do not ask employees to take heroic measures in the face of injury or illness. Health first.

Employee Assistance
Should an employee require mental health counseling for any reason—no reason need be disclosed to the Company—we will pay for three sessions during any calendar year.

Telecommuting/Remote work
Although MacAtoZ has a nifty office, many job functions can be accomplished remotely, and we are set up to allow employees to work from whatever location works best in accomplishing their duties.

Appearance
Although client meetings (in person and remote) require a professional, “business casual” level of dress, employees are welcome to wear casual attire in the office.

Retirement plan
MacAtoZ offers a SIMPLE IRA for employees that matches 100% dollar-for-dollar up to 3% of an employee’s salary that is contributed, pre-tax, into the plan.

Provided hardware/software
MacAtoZ provides the Apple hardware and software necessary for employee to do the job. This may include an iPhone, iMac, and/or MacBook Pro as well as a variety of software. After work hours, the gear is available for personal use.

No hassle expense account
Every employee is issued a company Visa card in their name. It may be used for any work-related expenses, such as travel, software, or office supplies. This eliminates the trouble of expense reports common in larger companies.

Parental leave
The birth or adoption of child is a special time, something MacAtoZ recognizes and honors. The Company gives a new parent employee four weeks of paid leave and an additional eight weeks of unpaid parental leave (12 weeks total). Through mutual agreement the unpaid portion of this leave may be extended if necessary.

Don't Be Shy. Get In Touch.

If you are interested in working at MacAtoZ, send us a resumé and cover letter. Even if we’re not hiring at the moment, we’re always on the lookout for people with whom we want to work. Email [email protected].