Apple used the keynote address at its annual Worldwide Developer Conference (WWDC) in early June to unveil new versions of macOS, iOS, and watchOS, new iMacs and faster notebooks, and new iPad Pros. In a â€œone last thingâ€ announcement that hearkened back to the days of Steve Jobs, the company also gave a sneak peek at its first major new product since the Apple Watch: the HomePod smart speaker.

Some of the new hardware is available now, the new operating systems are due this fall, and the HomePod and the workstation-class iMac Pro are scheduled for December 2017. We will discuss the operating systemsâ€”the cool features and the inevitable bugsâ€”when they’re released this fall. For our take on Apple’s new hardware, read on:

HomePod
The much-rumoredÂ HomePodÂ is Appleâ€™s answer to the popular (and less secure) Amazon Echo and Google Home smart speakers. In classic Apple fashionÂ the wireless HomePod speaker is focused first on delivering amazing audio quality that competes with the top Wi-Fi speakers available on the market. Setup will be as simple as setting up AirPods; just hold your iPhone next to a HomePod to configure it.

Physically, the HomePod is a 7-inch high cylinder covered in a 3-D acoustic mesh and available in black or white. Inside, it features a 4-inch Apple-designed woofer for deep, clean bass, and an array of seven beamforming tweeters that provides pure high-frequency acoustics. If none of that means anything to you, fear not. Just know that HomePodÂ sounds great.

The HomePod can optimize its audio quality for its position in a room. If you put a pair of HomePods in the same room, they detect each other automatically and balance the audio to deliver an immersive listening experience.

Those microphones also let you control the HomePod via Siri. Itâ€™s designed to work with an Apple Music subscription, and Siri will be able to respond to many more music-related queries and commands. You can also ask Siri for weather forecasts, sports scores, traffic reports, stock prices, and even unit conversions. Thanks to the HomePodâ€™s integration with the Apple ecosystem, youâ€™ll also be able to send messages, make reminders, set alarms and timers, and control HomeKit devices.

Because itâ€™s Apple, protecting your privacy is paramount, so the HomePod sends nothing to Apple until you say â€œHey Siri,â€ and even then, what you say is both anonymized and encrypted.

When it ships in December for $349, the HomePod will be more expensive than the Amazon Echo or Google Home, neither of which have particularly good sound and both of which come with a raft of security and privacy concerns.Â Weâ€™re looking forward to listening to our music and podcasts on the HomePod, and to seeing how successfully Siri responds to us.

New iMacs and Faster Notebooks
For those who have been waiting patiently to buy a new iMac or Mac notebook, nowâ€™s the time. Apple refreshed the entireÂ iMacÂ line with Intelâ€™s latest processors, faster storage, higher performance graphics, and brighter, more colorful screens. They all provide a pair of Thunderbolt 3 ports for driving external displays and connecting to speedy external storage.

The most-improved award goes to the 21.5-inch iMac with 4K Retina display, which should see the most performance gains from faster CPUs and high-performance Radeon Pro graphics processors. Plus, that model can now take up to 32 GB of RAM, up from 16 GB â€” itâ€™s far more compelling than before, if you donâ€™t need the larger screen and better performance of the 27-inch model. Note that with the 21.5″ model you still must buy the RAM you want at time of purchase. It is not possible to add RAM later like you can with the 27″ iMac. 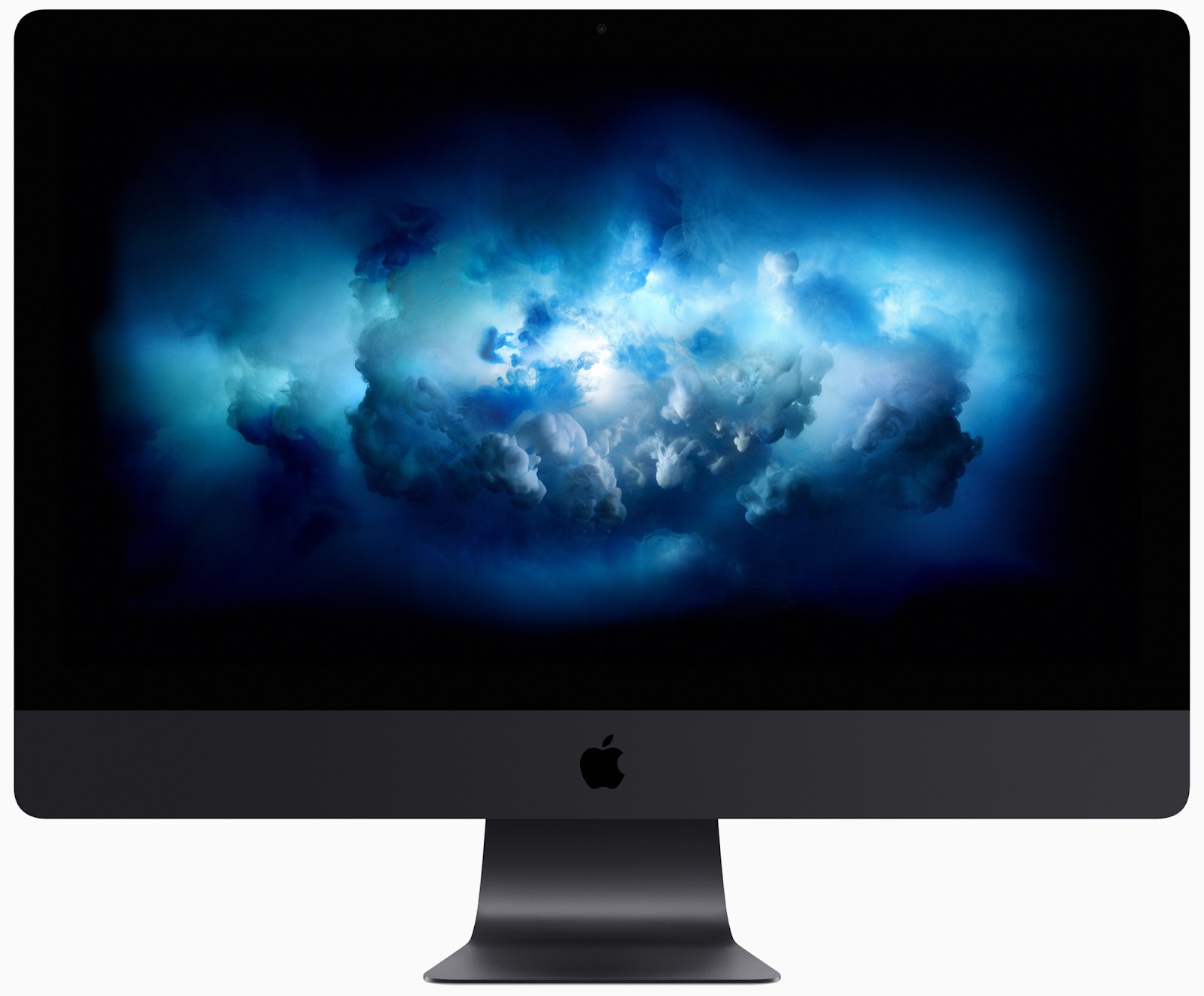 On the portable front, Appleâ€™s top-of-the-lineÂ MacBook ProÂ notebooks should run about 20% more quickly thanks to the addition of Intelâ€™s latest processors running at slightly higher clock speeds. These models also get new graphics processors that improve rendering performance. The 13-inch MacBook Pro still starts at $1299 or $1799 for a model with a Touch Bar and beefier specs. The 15-inch MacBook Pro with Touch Bar starts at $2399.

For those who value portability over all else, theÂ MacBookÂ has become more attractive due to improvements that address its previously underwhelming performance. Along with sprightlier CPUs, it has a new SSD that Apple claims is up to 50% faster, and you can now buy it with 16 GB of RAM, up from the previous limit of 8 GB. Itâ€™s still a bit pricey for its performance, with two models priced starting at $1299 and $1599.

If you donâ€™t have much to spend, consider the $999 13-inchÂ MacBook Air. Apple gave it a minor speed bump, replacing the stock 1.6 GHz Intel Core i5 processor with a 1.8 GHz version. It remains upgradeable to an Intel Core i7 running at 2.2 GHz.

By the way, if youâ€™ve been jonesing for a full-size wireless keyboard, youâ€™ll be pleased to learn that Apple also just released the new wirelessÂ Magic Keyboard with Numeric Keypad. Itâ€™s $129.

New iPad Pros
If youâ€™ve been holding off on an iPad Pro purchase, thereâ€™s no reason to wait any longer. Apple introduced a new 10.5-inchÂ iPad ProÂ thatâ€™s just a hair taller and wider than the 9.7-inch iPad Pro it replaces, despite having a screen thatâ€™s 20% larger. The company also enhanced the 12.9-inch iPad Pro with a variety of new hardware capabilities. 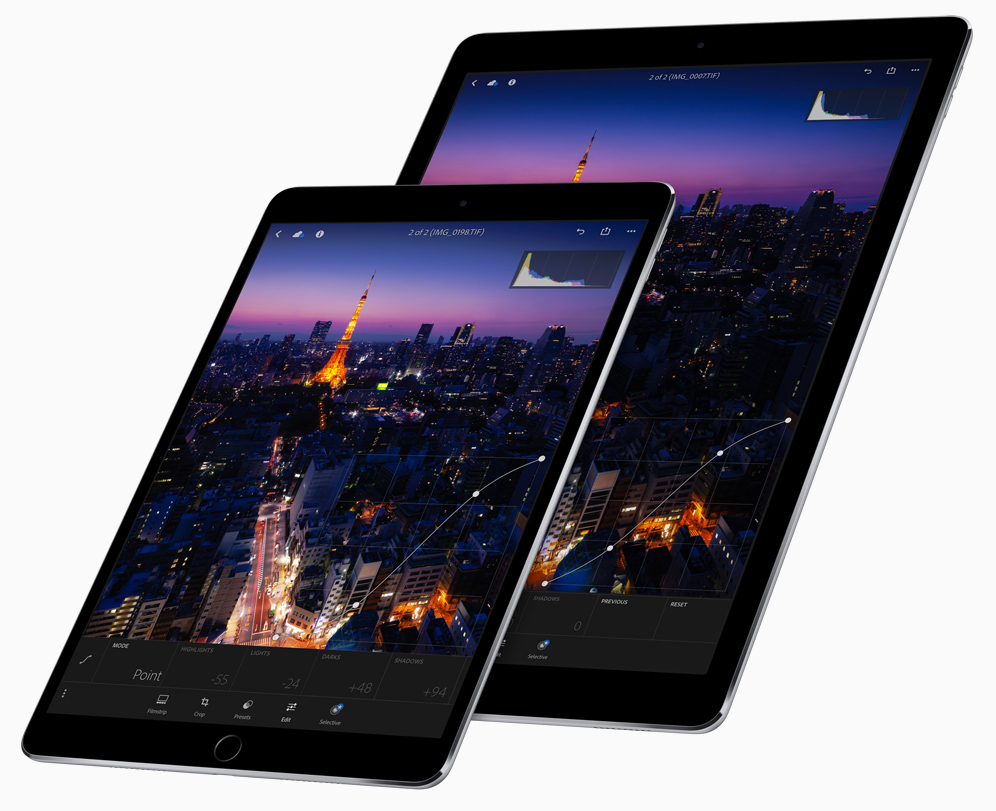 All motion on the screens of both iPad Pros will be smoother and more responsive, thanks to a previously unheard of 120 Hz refresh rate. It will make drawing with the Apple Pencil even more fluid. The screens are also brighter, can display more colors, and have low reflectivity. Both models get new cameras that match those in the iPhone 7: a 12-megapixel rear-facing camera with optical image stabilization and True Tone flash, plus a 7-megapixel FaceTime HD camera on the front.

Since professionals care about performance, the new iPad Pros rely on Appleâ€™s new processor, the A10X Fusion chip. Apple claims that the A10X is 30% faster than the A9X used by the previous generation of iPad Pros, and it also delivers 40% faster graphics rendering.

Everybody’s favorite fruit company continues to spit out operating system updates faster than we can test them. Since these updates tend to be minor revisionsâ€”at least this go-roundâ€”things have been pretty stable. By and large, you’re good to update. Here are the specifics:

iOS 10.3.2: We recommend this update for any device capable of running it.

Note that iOS 9.3.5 is no longer secure, so if you’re on an older iOS device (iPhone 4S or older, iPad 3 or older, or iPod Touch 5 or older) we strongly recommend you invest in new equipment. We’d hoped to get a little more mileage out of iOS 9.3.5 on the security front, but there are now over 50 different exploits and Apple doesn’t back-patch iOS like they do macOS. So we’ve got to recommend new hardware. On the brighter side, the new hardware is orders of magnitude faster than what it would be replacing.

WatchOS 3.2 and tvOS 10.2 recommendations are unchanged from last month. Both updates have worked very well in our testing.

macOS 10.12.5 Sierra: We’ve seen a couple of reports of a “24 hour” slow down immediately after install of this update, but in all cases things seem to have resolved thereafter. We’re currently running all our Macs on 10.12.5 Sierra without issue and continuing to test it. As a result, we expect that we will roll out 10.12.5 to Sentinel+ clients in the next week or so. For other folks, we remainÂ available to help should you want assistance in changing your Mac’s operating system.

As we noted last month, you will be incessantly pestered by Apple to turn on two factor authentication (a security feature)Â after you update to 10.12.4 or later. We’re continuing to work on a help video for this.