Question: What is Adobe Flash? Is it okay to use on my Mac? 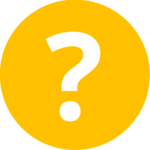 While someÂ web sitesâ€”notably eGreeting Cards like Jacquie Lawsonâ€”require Flash in order to run, the large-scale trend has been away from Flash due to security issues. As of early 2015, Flash had 400 security issues noted, with around 300 of those being very serious (to the point of potentially allowing a hacker to take over the computer running Flash).

Coupled with very poor performance characteristicsâ€”Flash tends to slow computers down and use lots of energy while doing itâ€”we strongly recommend against using Flash.Â If you do not require Flash, it should be uninstalled. You can download the uninstaller from here: https://helpx.adobe.com/flash-player/kb/uninstall-flash-player-mac-os.html

If you do choose to use Flash, you should only download it from the official Adobe web site (https://get.adobe.com/flashplayer/). Other sites claiming to offer Flash for download are frequently malware repositories.

For Sentinel+ members, we push Adobe Flash updates on the same scheduleâ€”as soon as possibleâ€”as we do security updates. Itâ€™s not unreasonable to consider Flash updates as the same thing.